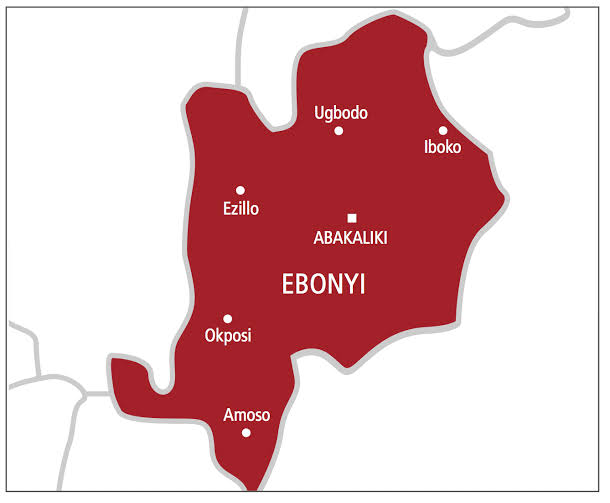 Stakeholders in Izzi clan of Ebonyi have condemned traditional rulers in the area  for their endorsement of Francis Nwifiru, the embattled Speaker, Ebonyi House of Assembly for the governorship position come 2023.

The position of the stakeholders is contained in a statement signed by 16 persons drawn from different segments of Izzi clan on Tuesday in Abakaliki.

According to the statement, the Stakeholders urging them to stay away from partisan politics as the endorsement of the speaker by the traditional rulers is clear violation of the directive issued by critical stakeholders and leaders from Izzi clan.

Recently, Gov. Dave Umahi at a meeting with key stakeholders from Izzi clan requested them to nominate two aspirants from the All Progressives Congress (APC), to be chosen as standard bearer for the party in 2023 governorship election.

Sequel to this, the stakeholders at a meeting of Izzi stakeholders held at the house of Sen. Chris Nwankwo, on Sunday, April 3, noted that a decision was reached that traditional rulers from Izzi should stay out of politics and shun any call or plans to drag them into partisan politics.

The statement said that the decision was taken in order to absolve the royal fathers from needless distractions and to enhance their political neutrality as the politics of 2023 drew closer.

It further noted that involvement of the traditional rulers in active politics, in any form whatsoever, including endorsing aspirants for the forthcoming elections would distract them from their role as fathers and leaders of the various communities in Izzi.

The statement reads in part: “The attention of stakeholders from Izzi clan of Ebonyi has been drawn to a purported statement issued by some traditional rulers of Izzi at a courtesy visit to the Director General of Ebonyi Broadcasting Corporation (EBBC), Chief Timothy Nwachi.

“The royal fathers had on Monday, April 4 during the visit endorsed the embattled Speaker of Ebonyi House of Assembly, Mr Francis Nwifuru for the position of governor.

“The action of the selected traditional rulers was against the advice of these critical stakeholders not to involve themselves in partisan politics.

“By endorsing one aspirant in a contest where many prominent Izzi sons in the platform of the APC are also vying for the same position goes against the ethics of their traditional functions, equity and fair play.

“That the traditional rulers by their purported endorsement have created a situation capable of causing a breach of the peace in Izzi and Ebonyi in general, especially at this time of heightened security tension in the country.

“That since Izzi stakeholders are still deliberating on the issue to make recommendations to the governor, it is not only wrong but calamitous for the traditional rulers to endorse an aspirant.

“That we wish to remind the traditional rulers that their primary duties are to be the custodian of the culture and traditions of the people; carter for the welfare and progress of their people, adjudicate on disputes in their communities and to work to secure them.

”That we call on the traditional rulers to recant and retract their statement and tender apology to the Izzi people publicly through the media.

“That we call on right thinking and well-meaning Ebonyi indigenes to disregard the statement as it is only God and the generality of Ebonyi voters that can determine who becomes the next governor of Ebonyi in 2023.”

The group urged the state government to call the traditional rulers to order and direct them not to be involved in politics.

They said that further interference might result to breach of peace among the Izzi people and Ebonyi in general.