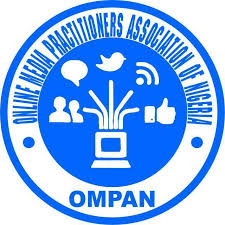 The Online Media Practitioners Association of Nigeria (OMPAN),Ebonyi state chapter, has condemned in strong terms the recent resurgence of hostilities between the good people of Enyigba in Abakaliki Local Government Area and their Alike Ikwo neighbours,as well as, the motor park ochestrated rift in Effium, Ohaukwu Local Government Area resulting in wanton loss of lives and property.

In a statement endorsed by the state Caretaker chairman, Comrade Celestine Okeh and Secretary, Comrade Nwogha Ndubuisi Andy and made available to newsmen in Abakaliki.

The association regretted the uneventful bastardization of the age long fond memories between the Izhi/Ikwo and Effium/Ezza Effium,all in Ebonyi state urged all actors in the face-off to sheath their sword and stop further blood letting.

Accordingly, the group called stakeholders of the areas to embark on thorough sensitization of their youths on importance of peace and sacredness of life to the development of the state.

The association while commending Ebonyi state government, under Engr David Nweze Umahi, for the swift intervention, task them to fish out those fingered to be behind the dastardly act and hand them over to the security agencies as to serve as deterent to others.

“The Izhi and Ikwo people are brothers, most importantly, the closest of all the children of Ekumenyi just as the Ezza Effium and those of Effium whose forebears had covenant and for decades have been living peacefully.

It, therefore, beats our imagination how they have so denigrated from the cherished brotherhood in such that they now raise knives against each other, what has gone wrong, things have indeed fallen apart, let us please rediscover our bond and desist from this show of shame”

While insisting that no amount of indignation should necessitate blood bath, the Association adopted the resolution of the recent Meeting of Stakeholders of Izhi/ Ikwo and that of state governor’s visit at Effium which was followed with the setting up of panel of enquires to advised all parties to abide by the resolution in the interest of peace.

The statement also prayed for quick recovery of those who sustained injuries in the impasse as well as peaceful repose for all who lost their lives.