Home NEWS Alleged Cholera Outbreak: ‘We are dying-‘ Patients cry out for help in... 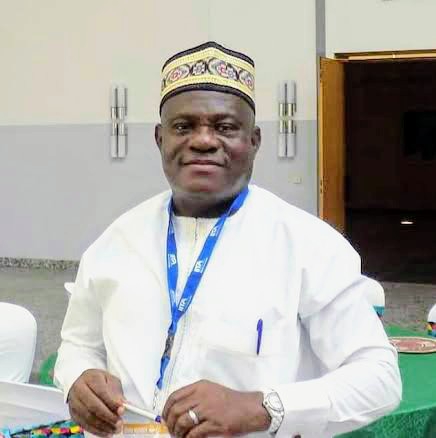 Patients of alleged cholera outbreak in Ikwo Local government area of Ebonyi state have on Thursday ,November 25 ,2021 cried out to the State government for help.

The Voice gathered that for days now there have been severe outbreak of an alleged case of cholera in the council.

Speaking to an official who pleaded anonymity, he told THE VOICE that cases of outbreak has been ongoing in the area with no medication in the health centers to administer on the patients.

Adding that the patients brought to the health center have been showcasing alleged symptoms of cholera such as stooling and vomiting , but no medication to subside the symptoms.

He decried that two Primary health care centers in the local government were overgrown with weeds as there have for a long time ceased operations.

Stating “The people are dying , there is no medication to administer on the patients, and their relatives rushed them to patent dealers for them to receive drip. The government need to come to the aid of the people and provide drug for them.

“As I am speaking with you, two persons died yesterday and another two persons also died today.

“The painful thing is that there are more cases coming up. The government officials with World Health Organisation officials came only once, they administered drip but not all the patients received it , they distributed water guard but it didn’t go round.

” There was shortage of drugs that day. And after that day they didn’t come again. They collected samples, the result came out negative, but the number of patients administered are increasing daily. The government is aware but there carelessly following it.” He decried.

He urged government to deploy medical personnels to come to the aid of the patients, as the number of death toll has been on the rise.

Meanwhile, the Ikwo local government council has debunked rumour of cholera outbreak in the area. This was made known to THE VOICE on Thursday, November 25,2021 in a press release signed by the SSA to the council chairman on ICT, Media and Documentation Ugonna Utulor.

“According to the report, 65 persons have died while 18 others are critically ill in the hospital.”

He stated that there was no cholera but incidence of gastroenteritis outbreak at Ndiegu Amagu, which has claimed 9 lives in the council.

While disclosing that the State Ministry of Health, World Health Organization, State Primary Heath Development Agency and Ikwo Local Government Council have been informed on the incident.

Stating “these bodies despatched health officials to the area and samples were obtained and sent to the laboratory. All the tests were negative of Cholera.

“The number of reported deaths as at today 25/11/2021 is 9 while 18 cases were reported. Over 10 patients have been treated and discharged.

“Not withstanding, the Ikwo Local Government released fund for procurement of drugs, Oral Dehydration Solution, Water Guards and other medicaments, in addition to medical supplies by WHO and State Ministry of Health.

“The health team distributed these items there and are still going there to retake another set of samples for laboratory examination.” He stated.

While advising that sensational report especially on issues like this should not be exaggerated.