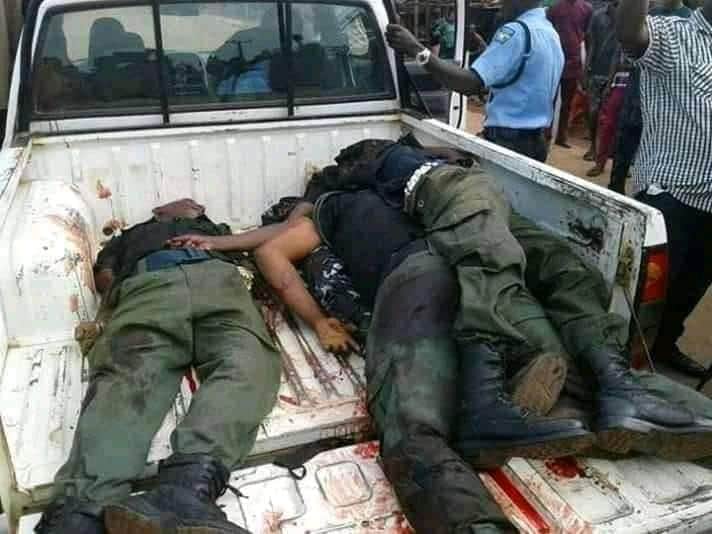 Highway robbers on Monday attacked a police bullion van at Ezzamgbo junction, in Ohaukwu local government area of Ebonyi and killed four policemen, while two sustained bullet injuries.
The armed men as gathered first opened fire on the policemen escorting the bullion in a bid to steal the money in the van.

The state commissioner of Police Commissioner, Philip Maku, who confirmed the incident said that the armed robbers trailed the van from Enugu state.

He said the robbers were not able to cart away with the money in the bullion van as the driver managed escape.

“They damaged one of the tires of the Bullion van but the driver was able to escape with the van. They could not chase the van as the driver was driving towards the Military checkpoint ahead, he added”

Maku disclosed that the two injured Policemen have been taken to hospital for treatment while the deceased have been deposited at the mortuary.

He said the Police have launched a manhunt for the fleeing robbers.