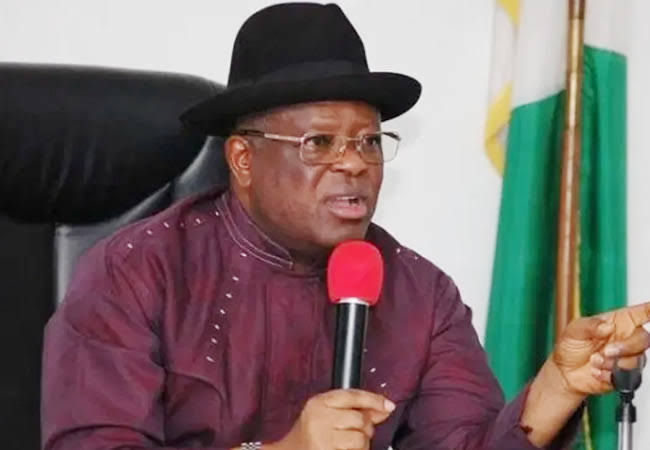 Ebonyi State Governor, David Umahi has dissolved eighty-three (83) out of the one hundred and six (106) State Executive Council members with immediate effect.

Secretary to the state government(SSG) Kenneth Ugbala announced this after the council’s meeting on Friday in Abakaliki.

Commissioner for Road Infrastructure Concession, Nweze Kings, and his counterpart in charge of Works, Ogbonnaya Obasi as well as the SSA on Welfare and Religious Matters, Rev Fr Abraham Nwali are also to remain.

The Special Assistants to the Governor office of the Deputy Governor, Capital City, Finance, Parks, Media and Medicals are also to remain in their position.

Also all Personal Assistants to the governor are also not affected by the dissolution.

He said the dissolution does not mean that it is the end of the road for the officers pointing out that they may still come back after the appraisal.