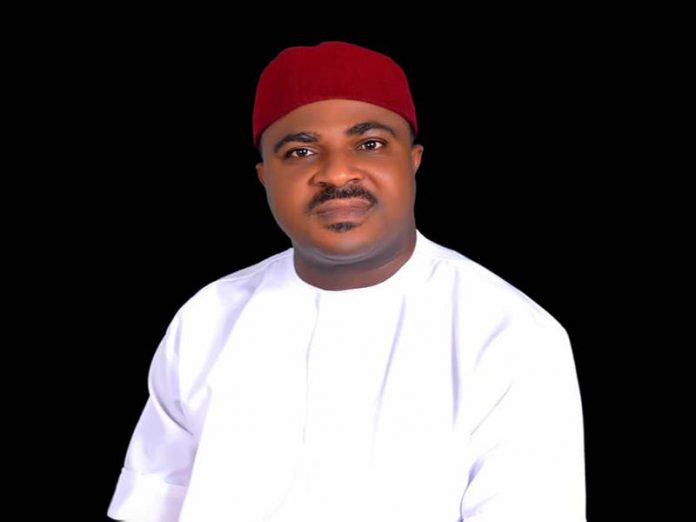 The government said Okorie was raising a politically- induced alarm.

Okorie, who represented Ohaozara, Onicha and Ivo Local Government Areas in the House of Representatives, had raised  alarm over the government’s handling of the loan it acquired for the construction of the road. He questioned the contract details and cost differentials in the contract document.

But the state Commissioner for Information and state Orientation, Orji Uchenna Orji, in a statement said the state government was known for best practices of international standards in governmental transactions.

Orji said the contract documents captured the necessary detailed information about the dimensions of the project implementation processes.

He also promised that the contract document would be published on the state’s website in due time.

The statement reads in part “Linus Okorie who represented Ohaozara, Onicha and Ivo Local Government Areas in the Federal House of Representatives was raising politically induced alarms over how the loans ought or ought not to be spent.

” While we commend him for the confession he made on the success of our dear Governor in getting the all-important ring road projects, and his allusions on its socio- economic importance to the State and particularly the 8 local government areas where the road will pass through, we invite him to note that his reservation about the contract details and cost differentials is most mischievous as the contract documents and implementation plan captured the necessary detailed information about the dimensions of the project implementation processes and same will as a matter of policy be in Ebonyi State Website and that of other agencies.

“The contract was awarded through a competitive bidding process which followed international best practices, and the road map to its success was a tedious long journey diligently followed by relevant banks, the Federal Ministry of Finance and the State Government .

“Ebonyi State Government is so far executing 199 kilometers with the loan and over 39- kilometer additional roads for the communities within the corridors, and the concrete road with stone base is about 230m per km together with the drainages and culverts.

“It is to be noted that securing loan does not confer the beneficiary unconditional exhaustion of loan facility and that the contract funds accessed will be paid directly to the contractors and not through the State Government”.