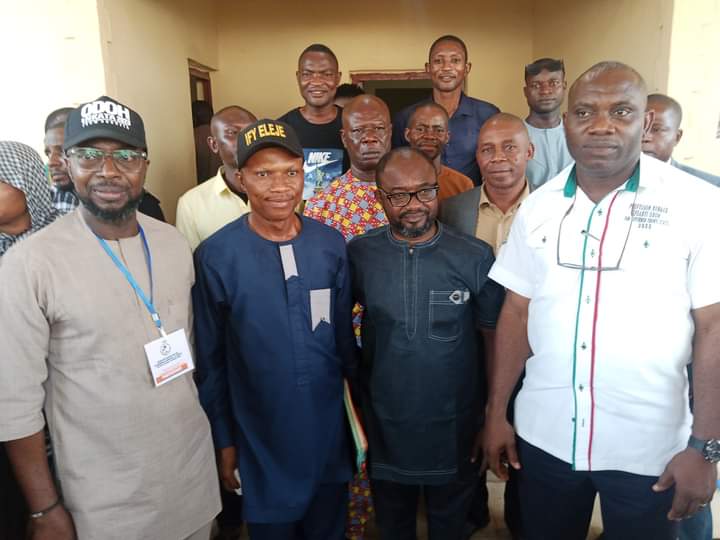 Conveying the decision in a letter of appointment endorsed by the Campaign’s Secretariat and made available to the media on behalf of the APGA Governorship candidate, Professor Benard Ifeanyi Odoh and his Deputy, Dr Nkata Chuku, the council stated that the role of Okporie among other terms of reference is to spearhead and coordinate the campaign activities of the the campaign council otherwise known as Odohzia Campaign Organisation for the 2023 general elections.

A lawyer by profession, Okporie hails from Amoso Edda in Afikpo South L.G.A of Ebonyi state.
He holds a Bachelor of Technology in Chemical/Petrochemical Engineering from the then Rivers State University of Science and Technology, Port Harcourt, now Rivers State University. He acquired Bachelor of Law from the same institution and thereafter proceeded to the Nigerian Law school, Enugu Campus where he was called to Nigerian Bar.

He has been engaged in private legal practice for over a decade and is presently the Principal Partner in Samfrek Attorneys of S. A.Okporie & company.

An astute politician, a community leader and top lawyer with vast experience in litigation, particularly in political and land matters, Okorie has demonstrated capacity in handling and successfully managing diverse assignments in and out of the political circles.

In a similar vein, the Odohzhia Ebonyi campaign council had earlier announced the appointment of Mr. Charles Otu as it’s Director, Media and Publicity.

In an appointment letter dated 1st October 2022 and made available to the Press, the campaign council listed his terms of reference to include among others coordinating media-related activities for the Odohzhia Ebonyi campaign council.

Otu, a journalist of over a decade practice from Afikpo North LGA holds a Bachelor of Arts Degree from the University of Nigeria, Nsukka.