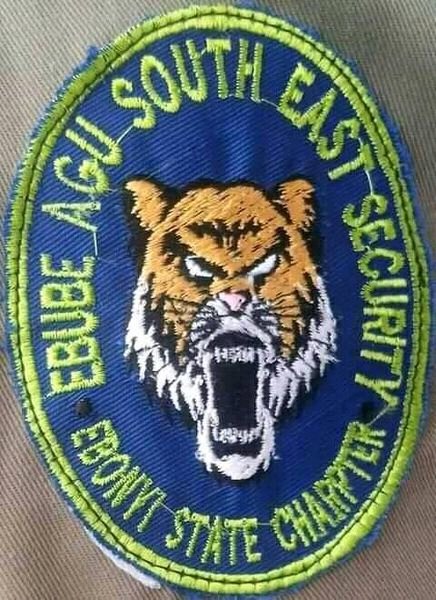 Ebonyi Traditional Rulers Council, Saturday, stated that ‘Ebubeagu’ Security outfit is not for political gains as claimed by members of the Peoples Democratic Party in the State.

In a joint press briefing,held at EXCO chambers,old government house,Abakaliki, council chairmen, in the three geopolitical zones that make up Ebonyi state,
condemned  the recent press conference at Abuja,by the National Assembly members of Ebonyi state

HRH, Arc. Ewa Elechi, who is the chairman of the Council in Ebonyi South, said traditional rulers in all the autonomous communities of the state were invited by the state government to nominate those who will make up the ‘Ebubeagu’ security outfit before it came into existence.

He warned against politicizing policies made In good fate to protect the people of Ebonyi State, adding that the ‘Ebubeagu’ security outfit deserves support and loyalty of those from the south east.

The Chairman Traditional Rulers Council, Ebonyi Central, Eze Dominic Alo, maintained that ‘Ebubeagu’ has come to stay, stating that it’s nothing more than an instrument to protect the entire state without discrimination.

While his HRH, Eze Sunday Oketa, representing Ebonyi North, noted that the governor has fulfilled all his campaign promises to Ebonyi people.

“Ebonyi is one of the states where you can sleep with your two eyes closed, courtesy of Governor David Umahi. Security situations should not be politicized. I’m not a politician, I’m a traditional ruler and will not politicize anything that has to do with the security of my people.

”We the Ezeogos called our governor to ask him if he will be here while we cannot sleep with our two eyes closed in Ebonyi. We said like other states of the south east let us form ‘Ebubeagu’ and he gave his support and we went on with the plan. Those in ‘Ebubeagu’ today are our children, we selected them on our own and told the Governor to key into it which he did.

“So for our brothers we see as part of us to come and criticize ‘Ebubeagu’ is very bad. ‘Ebubeagu’ was not formed by the governor of Ebonyi State, it was the decision of the entire stakeholders of Ebonyi State. The essence of forming ‘Ebubeagu’ was to put an end to burning and destroying of government properties by unknown people as well as to protect lives in Ebonyi and they are really doing well”, he stated.

Commissioner for Local Government and Chieftaincy Matters, Barr. Samuel Okoronkwo, averred that the constitutional rights of any governor is to develop his state and to secure lives and properties, adding that the governor is allowed to use legitimate means while carrying out these duties to practical manifestation.

Okoronkwo said ‘Ebubeagu’ was a collective decision of the entire Ebonyians, geared towards protecting lives and properties of those in Ebonyi both indigenes and non indigenes.

“Ebonyi has 140 autonomous communities, 13 local government areas and 64 Development Centers and it is the incumbent duty of the governor to secure the lives of these units. For the avoidance of doubts, ‘Ebubeagu’ was formed after a very prolonged stakeholders meeting, local government by local government, community by community, village by village.

“Local government chairmen being the chief security officers of their local governments, went down to the communities and villages therein to select young men of honour, integrity and character to protect the lives and properties of their people and it’s not to witch-hunt any person but to chase bandits out of Ebonyi”, he noted.

ALGON Chairman Ebonyi State chapter, Princess Chinyere Iyioku, reiterated that ‘Ebubeagu’ is a security outfit meant to secure lives and properties in Ebonyi State and not meant to witch-hunt anybody or political party.

Iyioku said all the 13 local government areas are strongly in support of ‘Ebubeagu’, stating that politics and security should not be mixed together.