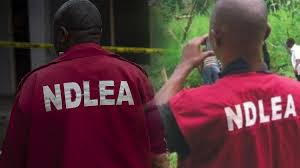 The agency’s state commandant, Mr.Iyke Uche,  made this known in an interview with news men on Wednesday in Abakaliki, stating that the convictions were secured between January and September.

He decried the drug abuse among young person in the state and noted that such dangerous substances could harm the health of a user.

The agency also revealed that it seized 179.102 kilogrammes of different illicit drugs within the period under review.

The State commander disclosed that seizures were made in various locations, including rural communities.

“We have recorded tremendous successes from January to September; we have seized over 179.102 kilogrammes of different illicit drugs from dealers.

“Though, Ebonyi is not a drug producing state; there are no laboratories and drug plantations but they consumes them in a low rate. There are dealers but very low.

“In the period under review on seizure of drugs, cannabis sativa is 12.906 kilogrammes; designer drug, 0.023, Flunitrazepam 0.023 amongst others,” he explained.

Uche assured that the agency’s operatives in the state are committed to fighting drug abuse and trafficking.

He commended the support of the state Governor, David Umahi and expressed satisfaction with the synergy between the NDLEA and other security agencies.

“The fight against drug abuse and trafficking should not be left in the hands of the NDLEA alone; parents should always monitor their children.

“We are working with the state government and other stakeholders to tackle drug abuse, including the abuse of methamphetamine, popularly known as mkpurummiri,’’ he said.