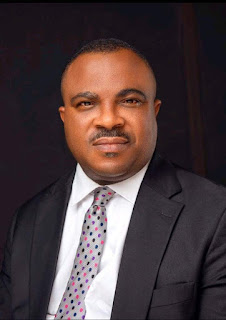 The Ebonyi State government has handed over the management of Amusement Park to the Ministry of Culture and Tourism. This is following the termination of contract with Lamar Fast Food and Restaurant.

The State Commissioner for Information and State Orientation, Barr.Uchenna Orji made this known to journalists.

He stated that the termination was following the inability of the contractor to pay the debt owed to the State government, hence the handover.

He maintained that the sum of four million, three hundred and fifty naira was approved for the renovation and repairs of the children’s facilities at the park.

Adding “EXCO received a memo from the Ministry of Culture and Tourism requesting for approval to terminate the lease contract for the management of Amusement Park by Lamar Fast Food and Restaurants.

“EXCO deliberated on this and approved the termination of the lease contract given to Larma Fast Food and Restaurant and directed the Ministry of Culture and Tourism to take over the Park to avoid further loss of revenue.

“EXCO further approved the sum of Four Million Three hundred and Fifty Thousand Naira for the renovation and repairs of the Children facilities at the park.” He stated