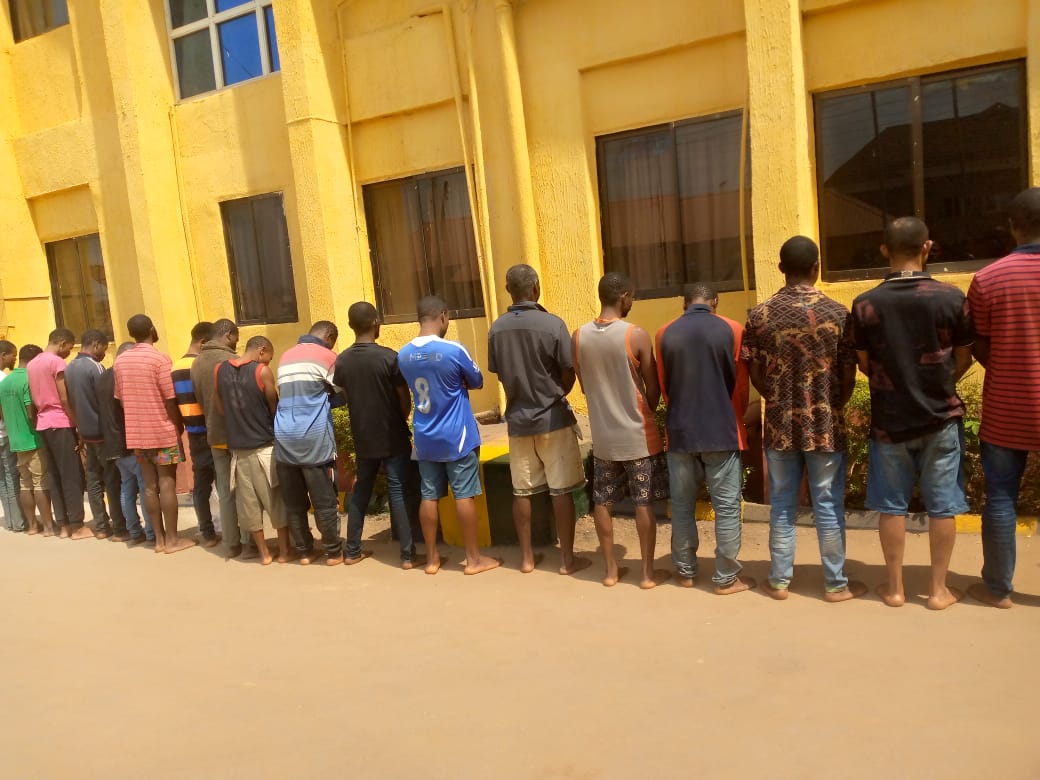 The  Ebonyi State Police Command has confirmed the arrest of 26 suspects in connection with the killings which occured in Ekoli-Edda last year December.

This was made known to THE VOICE by the Police Public Relations Officer, SP Chris Anyanwu on Monday, 23rd, 2023 during a press briefing.

It could be recalled that on 26th of December, 2022, that younger brother to Ebonyi State Chairman of the All Progressives Congress(APC), Eme Orji and two others were killed as a result of political crisis that erupted at Ekoli-Edda in Afikpo South local government area of the State.

On what instigated the crisis, the Police Spokesperson, said “It is crystal clear that the supremacy tussle raging between Honourable Stanley Okoro Emegha and Honourable Eni Iduma Chima is the cause of the ill-fated December 26th conflict at Ekoli-Edda, in Afikpo South of Ebonyi State.

He further revealed that 14 of the suspects would be arraigned in court on cases bordering on murder, armed robbery, arson, conspiracy, unlawful possession of weapons and malicious damage.

However, the Commissioner of Police through the Spokesperson advised the youth to “learn positive lessons from the ill-fated incident of December 26th, 2023 that befell Ekoli-Edda, and also guild against its replication without being subjudice or preempting the recommendation of the board of enquiry and reconciliation set up by the State Governor.

The CP further posits that the outcome of every individual caught up in the way of crimes must face the wrath of the law, and appropriate sanctions would be mated out as stipulated by the laws of the land, meaning that the law is no respecter of anyone. Therefore, if you smell something, say something” he stated.