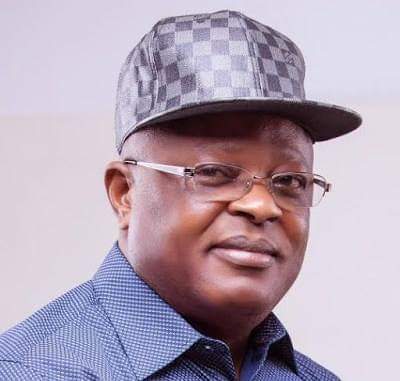 Ebonyi state Governor, David Nweze Umahi, has reiterated his decision not to choose his successor come 2023 governorship election, even as he pointed out that governance and leadership is all about passion for the people.

Umahi noted that he was not interested in choosing or imposing anyone on the people, adding that the will of God and the wish of the people will prevail on the issue.

He advised politicians in the country to guide against desperation and violence and to always know that whoever God anoints will rule over the people.

He stated that Ebonyi state is the strong bone of Peoples Democratic Party in Nigeria, noting that the PDP government in the state will continue to do its best to provide more dividends of democracy to the people.

He told the National Working Committee, NWC , of the PDP to take the lead by adopting the E-voting system during its primaries and assured the support of the Governors of the party to ensure that E-voting succeeds

He said that the Chairmanship and councillorship candidates of the party whose first tenure just ended, did well in their first tenure and have been reelected through a free and fair primaries.

The governor advised the candidates to ensure the proper utilisation of the local government funds and to shun any form of corruption and embezzlement of public funds, stressing that ill-gotten wealth is vanity.

On his part, the National Chairman of the Peoples Democratic Party, PDP, Uche Secondus, assured that the party will soon commence electronic registration of its members, adding that the party’s primaries for the 2023 election would be through electronic voting.

He reiterated that if the Nigeria Bar Association, NBA, could conduct it’s election using the electronic system of voting, “INEC could still achieve it and save Nigerians from the killings and other election violence witnessed during elections”.

Prince Secondus further stated that PDP governors are good examples, adding that the federal government should emulate what Gov. Umahi and other governors of the party are doing in their various States, stressing that PDP governors have sustained democracy in the country.