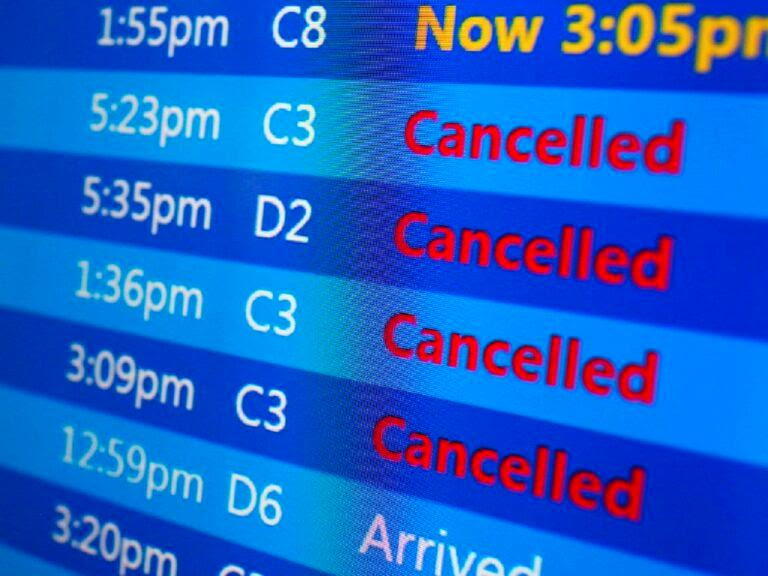 The Nigerian Airspace Management Agency (NAMA) has said that the Flow Control, embarked upon by the Nigerian Air Traffic Controllers Association (NATCA) on Tuesday, November 23, 2021 has been suspended.

In a statement by the Managing Director, Capt. Fola Akinkuotu, he said the suspension is to pave way for a follow-up meeting between NAMA management, the Director General of the Nigerian Civil Aviation Authority (NCAA) and the association, scheduled to hold later in the day.

The action which commenced at 6am Tuesday morning was precursor to a two-week warning strike which NATCA said it would embark on if the management of the Nigerian Airspace Management Agency (NAMA) does not meet its demands to improve their working conditions following the death of Mr. Aniekan Effiong in the early hours of Monday, November 22.

“Flow control’ is a traffic flow management technique used in order to regulate the rate at which aircraft enter an airport airspace to a level no greater than the resource can accept and aircraft are usually delayed at the point of departure. The decision to use ‘Flow control’ to space departure is what has slowed down operations across the country and caused flight delays and cancellations.

In a statement jointly signed by NATCA President, Abayomi Agoro and General Secretary, Rev. Agbonlahor Felix, the association stated that the ATC system and operations in Nigeria has been skewed and operated with complete disregard to the well-being of ATCOs. The association also says that the managers of the system have consistently refused to act in good faith, which has resulted in many deaths.

“Nigerian Air Traffic Controllers’ Association (NATCA) rose from an emergency meeting conveyed over the tragic, painful and avoidable exit of one of our diligent and dedicated colleague Mr. Aniekan Effiong Inuk in the early hours of Monday, November 22, 2021. The council observed that within the last two years, the association has lost nine of her members on active service due to stress related health complications which seem associated with poor working conditions and inadequate staffing.

“Several appeals to management and other stakeholders in the industry and inactions by appropriate managers on communiqués from the Association’s past Annual General Meetings, had failed to address the issues. The death of Mr. Aniekan Effiong Inuk on active duty at Abuja airport whose sad event is not unconnected with unavailability of operational vehicle to move him to a hospital in record time amongst others is one too many. Hence, Air Traffic Controllers are embarking on a three hours flow control for two days, 23rd and 24th November, 2021 from 0600UTC to 0900UTC to register our displeasure and call the attention of relevant authorities and the public to quickly address our concerns without further delay.

“The Association demands, as a matter of urgency, that NAMA management and relevant authorities should immediately do the following: That fully dedicated operational vehicles be provided to Air Traffic Control for the four major airports in Nigeria (Abuja Lagos, Port Harcourt and Kano) and to any other airport where ATC operational vehicle is critically needed.

“That ATC Operational rooms are provided with adequate and quality ATC operational chairs and headsets and at least 500 ATC’s be recruited to address the critical dearth in ATC manpower within the next two years starting with 70 recruits within the next three months.

“Approve and implement a 500% upward review of the annual ATC medical allowance to enable them carry out comprehensive medical assessment among others. That all ATC’s be enrolled in an enhanced comprehensive health and life insurance schemes that will meet their health needs and all ATC communication facilities and equipment, most especially, the VHF radios and SATCOM links be holistically rectified in other to address the perennial communication problems encountered in Nigerian airspace.

“Consequent on the above submissions, the association gives an ultimatum of two weeks commencing from the date of this press release for the above demands to be addressed otherwise we cannot guarantee industrial harmony,” the statement read.

However, few hours after the Flow Control commenced, NATCA leadership met with the management of NAMA and agreed to suspend it while negotiations on conditions of service are ongoing.