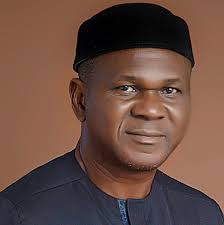 The Peoples Democratic Party, Ebonyi State Chapter, has said the party remains the last hope for the alleged ‘oppressed’ residents of the state.

The Chairman of the party in the state, Mr Tochukwu Okorie, stated this in a statement, on Tuesday.

He was reacting against the backdrop of his reinstatement by the Court of Appeal Abuja, on Monday, saying the ruling was, “victory for all.”

He added, “The Appeal Court sitting in Abuja, on Monday, August 15, 2022, summarily restored the mandate freely given to me by the members of our great party, the Peoples Democratic Party (PDP) as the substantive Chairman of the party in Ebonyi State.

“I congratulate all our teeming members, unrelenting supporters, leaders, stakeholders and the entire Ndi-Ebonyi on this momentous victory.

“This victory is indeed our victory and I am humbled by the outpouring of love, solidarity and goodwill that have been showered on me, and most especially the way our members have tenaciously stood by me and the party throughout this period.

“I am, therefore, using this opportunity to implore our members to end the disagreements as the time to move forward is now.

“Consequently, in this collective victory, I am calling on all members of our party, aspirants, and candidates for various elective positions under our beautiful umbrella to close ranks with one another. Let’s work together to revive the love and brotherhood that gave us victories since 1999 till date. Let us be reminded that PDP has hardly lost election in Ebonyi State.

“In the next few days, we shall be rolling out our plans for greater PDP in Ebonyi State. The PDP is one united family, despite the fact that we may have different orientations, ambitions, and group loyalties, we are united under the capable umbrella.

“Let me specifically call on aggrieved members of the party to explore internal mechanisms in seeking peaceful resolutions of their grievances and let all hands be on deck working together for our collective victory. I want to assure us all that we shall keep our eyes on the ball and, God willing, will eventually achieve the desired outcome. PDP is the most entrenched and dominant party in Ebonyi State. This is the fact that must now be re-enacted.

“Thank you all as I look forward to leading a united Peoples Democratic Party in Ebonyi State.”