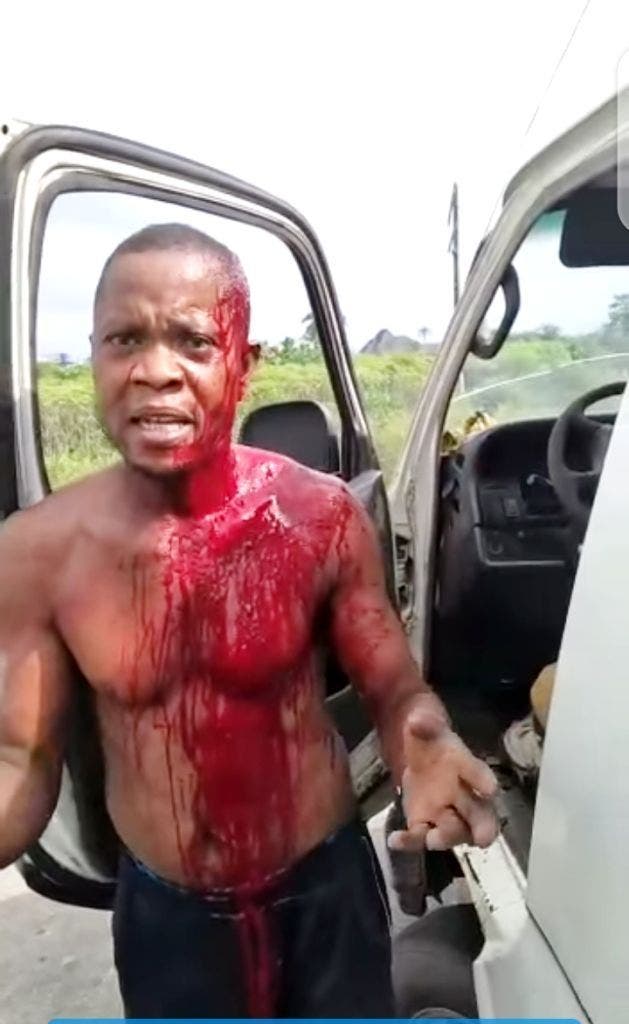 The Delta State Police Command, Sunday said it has defaulted five of its personnel including one Paul Audu who allegedly beat up a commercial bus driver and broke his head following the driver’s resistance to part with the sum of N200 at a police checkpoint along Eku-Abraka road in Ethiope East local government area of the state. 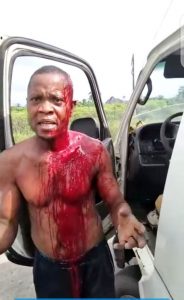 The incident which occurred last Thursday also led to widespread condemnation on the professionalism of policemen on the social media with most persons accusing the police of inciting another round of #EndSARS protest.

Findings by Vanguard revealed that the driver identified as Godwin Akpama, was said to have been conveying some female traders in a white bus with registration number, AKL 681 YP from Abraka to Sapele when he was stopped by the policemen who had mounted a checkpoint along the road.

Recounting his ordeal, the driver who has since been treated, disclosed that one of the policemen identified as Paul Audu had smashed his head with a short plank after the policeman queried him for questioning the actions of a senior policeman in the team.

According to Godwin, “One of the policemen had stopped me at the checkpoint demanding that I give him N200, I told him that I was only conveying women selling Garri to the market after which I later gave him the money he requested but he refused and started punching me while I was behind the steering.

“Angered by his actions, I shoved him aside amidst his punches and also told him that he is committing an offence based on what he was doing. He then told me to park the car and come down which I did, only for him to pick a plank by the side of the road and used it to hit my head.”

Speaking on actions taken by the police on the matter, the state Police Public Relations Officer, Onome Onovwakpoyeya stated that the driver has been treated and the policemen involved in the incident had been tried and defaulted in accordance with the police rules.

She said: “The incident actually happened last Thursday. The matter has been treated while the five policemen in question have been defaulted and tried in accordance with the police rules. The driver and others present at the scene of the incident were also invited to testify and actions were subsequently taken on the policemen.”