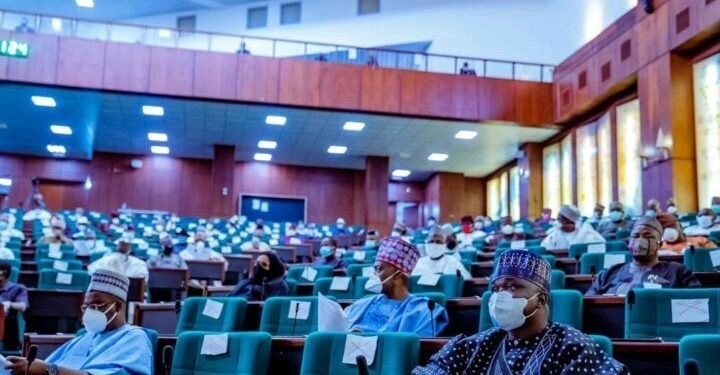 The House also urged the Office of the National Security and Intelligence to probe the status of pump action guns, AK47 and other automatic weapons, allegedly used freely by Ebubeagu in the state.

The Green chamber mandated its committees on Police Affairs, National Security and Intelligence to ensure compliance with the resolution.

This followed the adoption of a motion by Iduma Igariwey and four others on the activities of Ebubeagu security outfit in Ebonyi.

Igariwey, in his lead debate, told the House that the security situation in Ebonyi was deteriorating with the introduction of Ebubeagu by the state government.

“Members of this militia are armed with AK47, pump action guns, axes and machetes and other dangerous weapons without any professional training. So without any professional training on the use and deployment of such weapons, members of this armed militia sometimes wear masks to cover their faces, mount road blocks in various parts of the states, creating fear in the minds of citizens who often mistakes them for armed robbers.”

Igariwey said their activities are gravely interfering with and jeopardising operational activities of regular security agencies such as the police and civil defence.

He alleged that the group harmed a former member of this House, Linus Okorie, and that even when he had not committed any offence he was declared wanted and had gone into hiding.

Igariwey expressed fear that “if the activities this group is left unchecked it will lead to massive loss of lives and proliferation of weapons.”

“Unless urgent steps are taken by federal authorities, there might be complete breakdown of law and order in Ebonyi State as armed Ebubeagu members continue their reign of terror on Ebonyi citizens, while individuals, communities prepare to defend themselves in reprisal attacks.”