Home NEWS Sack: ‘The Law will take its Position’- Speaker 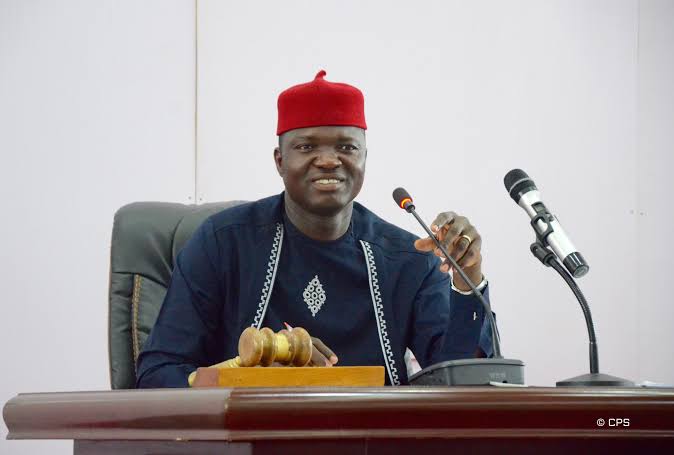 Sack: ‘The Law will take its Position’- Speaker

*…Files for Appeal, Stay of Execution

Following the sack of the Speaker of Ebonyi State House of Assembly, Hon. Francis Nwifuru and 14 other members by Court for defecting to the All Progressive Congress (APC) from the People’s Democratic Party (PDP), the speaker has on Thursday called on members of their constituents to be law abiding assuring them that the law would take its position.

Nwifuru made this known while briefing journalists alongside other members of the assembly at his lodge in Abakaliki, Ebonyi state capital.

He maintained that the members of the house who were sacked by the Federal High Court sitting in Abuja, have appealed the judgement and stay of execution.

“It is about two days ago we started hearing the rumour that a federal high court in Abuja declared our seats vacant on the ground that we defected from PDP to APC.

“When we received the judgement, we swung into action and filed for appeal, and stay of execution and we still have the rights as Members of Ebonyi state House of Assembly since we are dissatisfied with the judge.

“We have filed an appeal and a stay of execution. Since the matter is in the court of law there is no need to say anything about it. Our position is that the law will take its position. We are urging our constituents to remain law-abiding as we are on a mission, to get their mandate back. ” He appealed.

Recall that, Justice Inyang Ekwo of Federal High Court, Abuja, had on Tuesday in his ruling, declared vacant the seats of Speaker Nwifuru and 14 other lawmakers.

The Judge ordered INEC to conduct a by-election to fill in the vacant seats, in the respective constituencies within 90 days.