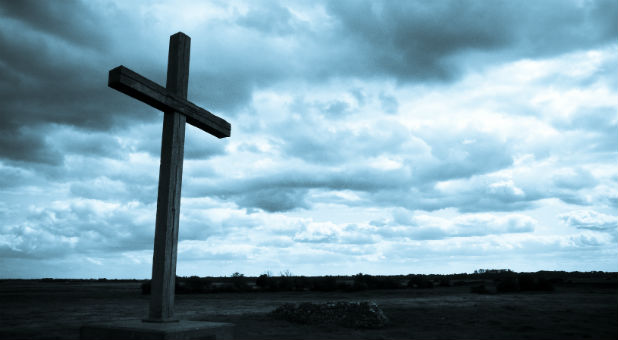 It is indeed a perilous time for the church, as thousands of Christians are being persecuted for their faith in Christ.

This is seen in the case of Adoration Ministry Power, at Ekpelu village  in Ikwo LGA of Ebonyi State, where a pastor of the church, was allegedly stripped naked for carrying out his church service.

According to the clergy, Prophet Chibata N. Big Breeze, he disclosed to The Voice that his church has been facing great persecution in Ekpelu village, which has led to the church being sacked in the village.

He lamented the degree of hostility among the villagers mostly the vigilante who constantly harass and detain his members on their way to church.

He decried that two sundays ago, his  pastor colleague was attacked, brutally beaten and stripped naked after several attempts to stop her from attending the church, while members were unlawfully detained by the vigilante at night in effort to stop them from attending night vigil.

He revealed to The Voice that recently, a 10 year old boy by the name Ifeanyi Nkwome, was allegedly attacked with machete by his aged father for attending his church.

He further disclosed that the mother of the child, Mrs.Ukamaka Nkwome, rushed the child to the church from where he was taken to  a nearby hospital for treatment.

He added that through the effort of the members they were able to offset the victim’s hospital bill, stressing that the church thereafter faced threats which according to him, has been reported to the police who advised him to relocate.

Prophet Chibata also said he has helped so many persons in the village among whom were farmers and that some of them were in possession of his money as well as several others whom he lent money with the hope of returning it back before he was asked to  vacate from the area.

“Since the day i rendered assistance to the woman whose husband attacked her son because he attended my church, i have been receiving several attacks, because i told the husband to pay me back the money we spent treating his son. Rather, the man verbally attacked me saying that i should leave the community, that my prayer cannot work on them anymore.

“Even the small boy that was attacked and his mother no longer attend my church because the father later chased them out. So since that day i left the community, many of my properties are there, so I’m just waiting to know what to do next,” he lamented

The clergy noted that he received threats to relocate, and he had to relocate, adding that they still traced him to the community were he relocated to and tried attacking him, but they didn’t succeed, as they were arrested by the police.

He told our reporter that he consulted the villagers before he brought the church to the community and they all agreed.

He called on the Christian Association of Nigeria [CAN], Ebonyi state chapter and Pentecostal Fellowship of Nigeria to intervene on the matter, stating that the church has lost its properties while he  (the pastor) was presently barred from entering the church where most of his properties are lying in waste.

Reacting to the attack on young Ifeanyi by his father, the village chairman, identified as Joe Black,  stated that the matter was not officially reported to him, stating he got the information when the woman had reported the issue to the traditional ruler, and it was at the stage of reconciliation, revealing that the case has led the woman leaving her matrimonial home with her children to Okpoitumo still in Ikwo for safety purposes.

When The Voice visited Mr. Nkwome Alo, who was said to be the eldest man in the community and the chief priest of Noyo Clan, he declined more comments, insisting that he was too old to comment.

Meanwhile, information gathered by The Voice revealed that Mr. Nkwome was known for his alleged hostility in the community, as he was accused of  attempting to kill one of his wives by pouring fuel on her and was about to set her ablaze, when the villagers rescued her.

It was also gathered that Mr Nkwome, was allegedly known for his spiritual powers as the chief priest, and any of his wives he perceives as enemy, would be seriously dealt with.

Mr. Nkwome as leant had vowed that none of his children or family members would attend any church since he is a staunch traditionalist.

Speaking with the traditional ruler, HRH Eze Albert Opuefi, he noted that the family has been known for mischievous cases. Adding that before the attack on his son, Mr. Nkwome had earlier been beat to a pulp by his children, and was rescued by him [the traditional ruler] who took him to the hospital. Reacting on the pastor’s issue, he noted that he had advised the pastor several times but the advice fell on deaf ears.

“I believe in freedom of worship, anyone is free to  worship anywhere.There are churches in Ekpelu, the pastor  did not negotiate with the people, because if you come to a place to establish anything you to first negotiate with the people. You know Ekeplu is the ancestral home  of Ikwo. There are times in Ekpelu when anyone who comes to Ekepelu even from ikwo must be sure to take anything he sees because there are so many things people do here which others don’t do. So Ekpelu is reserved place for ancentral home. There was a church they built in my own land, i was asked to close it. But what i did was that i left the church and obtained land in some other place in Ikwo. So this is the second time. Even though this community is known as an central home we operate church very well here also,” he maintained.