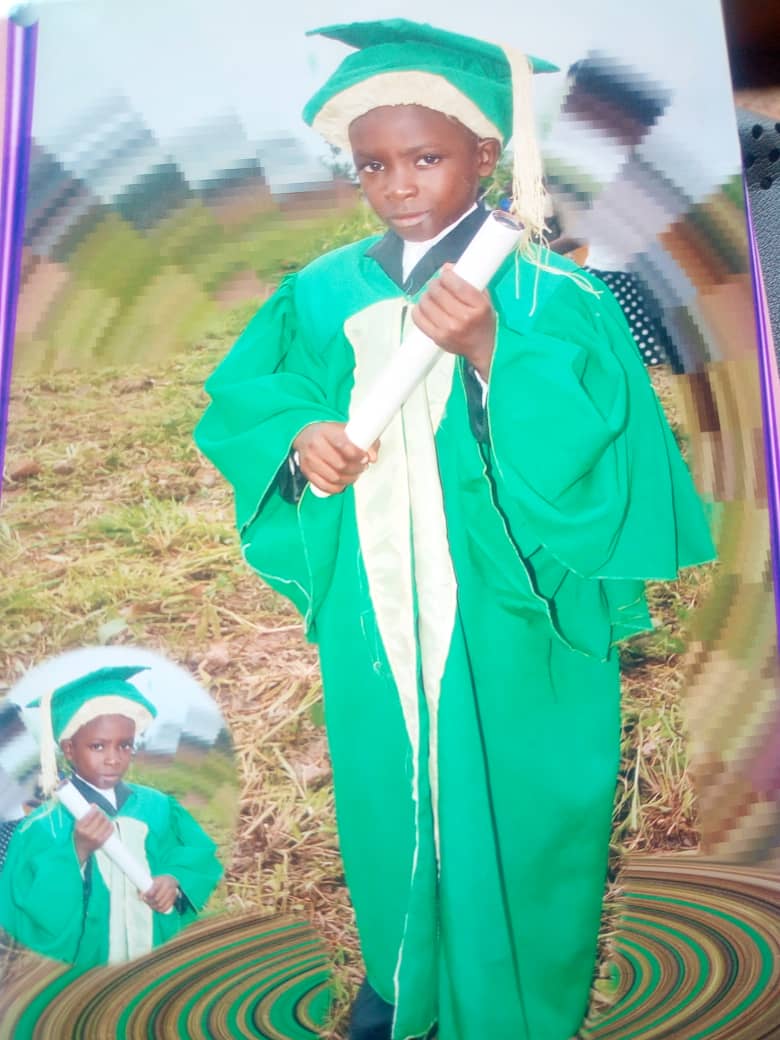 A 9 year-old boy, identified as Kelvin Akachukwu Chosen, reportedly drown in a soak away pit at their backyard which was under construction.

The soak away pit according to Akachukwu’s father has been left open since last year by their landlord, who has a room in the compound but doesn’t stay there always.

It was learnt that Akachukwu who just finished primary 2, going to primary 3, was playing with his fellow children at the backyard when they spotted a cassava stalk inside the open soak away pit and the deceased went to pick it.

One of the children, who were playing with him identified as Usulor Onyenaturuchi, said that Akachukwu succeeded in bringing out the first cassava stalk, but when he went for the second one from a different direction this time around, he couldn’t make it alive.

He said the deceased after picking the second stalk, was coming out when one of his legs slipped off and he lost balance thereby falling inside the soak away pit and the water in it was about 10 fit deep.

Onyenaturuchi 7year-old, said when they expected him to come out and he didn’t, he left to call the deceased younger sister who in turn alerted his mother. But before then, Akachukwu was already dead.

It was one of their neigbours who now used ladder to bring out the deceased body from the soak-away pit and he was rushed to the hospital where they tried to resuscitate him but to no avail.

Akachukwu’s father, Nworie Kelvin Samuel, told The Voice that he was with his late son till 9:30 am on that fateful Saturday before he left for EBSU permanent site. And on getting to his destination, he received a telephone call by 10am informing him that his son got drown in a soak-away pit dug by their landlord behind their house since last year.

“I thought he just fell inside the soak-away pit and they brought him out alive, not knowing that he got drowned.

“His fellow children who witnessed the incident told us that nobody pushed him. They said there was something they threw inside the soak-away pit and made him to go and pick it so he fell inside the water. He thought he could come out, he struggled to come out but there was no adult around to rescue him until he got drowned. They took him to Alex Ekwueme Federal Teaching Hospital and a team of doctors tried to resuscitate him. It wasn’t up to 5 minutes I received the call that I got to FETHA. On getting there, I was told he had already died He was brought back home, and I did my best to ensure that God revived him, but all efforts failed, so we took him to the mortuary at about 7:30pm that same Saturday,” he narrated.

Mr. Kelvin from Ettam Okpuitumo Ikwo, Ebonyi state said that Akachukwu was very intelligent and got recommendation as the best creative child in his school.

He pleaded with the landlord of the compound to cover the soak-away, so that another child would not be a victim. “We have about twenty children in this compound”, he added.

Stating that the landlord called to sympathize with the family while the soak-away pit was still open till on Monday when The Voice visited the place.

On her part, Akachukwu’s school teacher, Nwankwo Chinazaekpere, who spoke in an emotion laden voice, describe the deceased as one of the most brilliant pupils in her class.

She said Akachukwu always took 1st position, at worse, 2nd position, adding that he liked to play and doesn’t joke with his break period.

Akachukwu attended our Saviour International School, and was to start from primary three at school resumption this September.

The family said he would be laid to rest on Saturday, August, 17 just a week after his demise.