Home NEWS COVID-19: I am the solution to the problem of the world –... 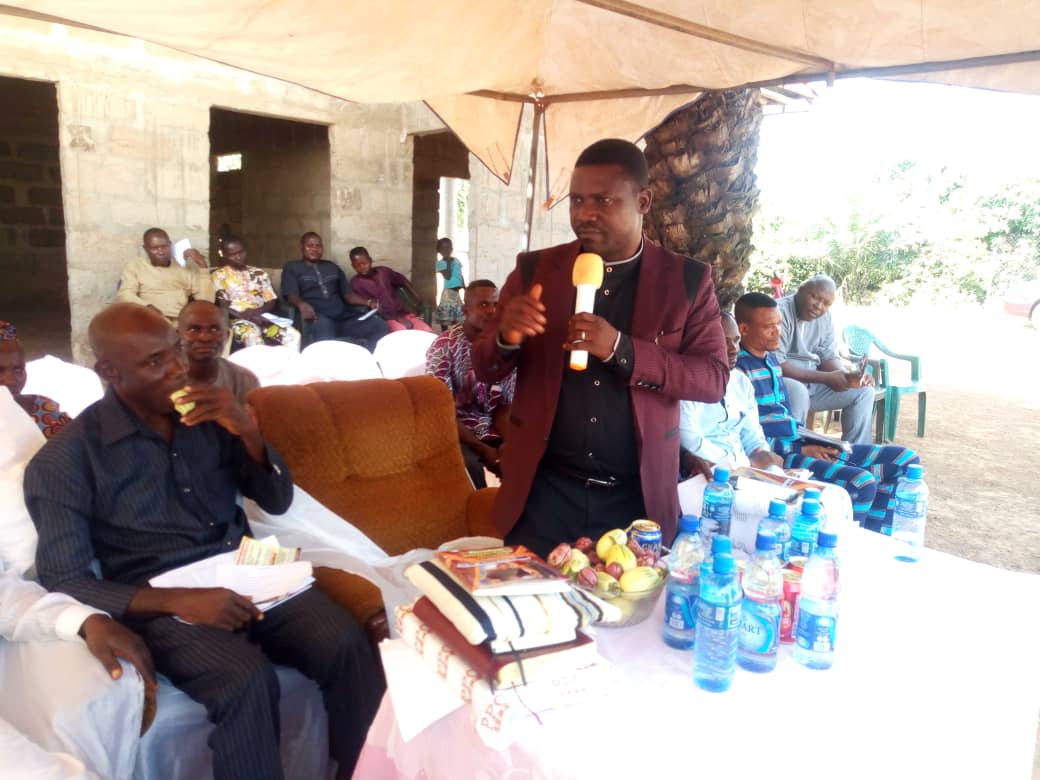 COVID-19: I am the solution to the problem of the world – Bishop Abraham Nwabueze

A renowned man of God of the First Church of Jesus Christ Glorified on the Moon and a member of Holy Ghostant generation movement international, Bishop Prof. Abraham Nwabueze Mgboko (Cosmos) has stated that he is the solution to the dreadful disease, covid-19 which crippled the world economy and all other problems ravaging the world. 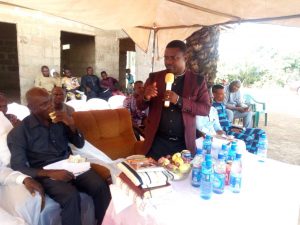 Bishop Abraham, an automobile engineer formerly called Apostle Charles Nwabueze Mgboko revealed this to the press during his book launch at Iboko in Izzi LGA of Ebonyi State, he stated that coronavirus would have crashed the world in January, 2020 but due to his relationship with God, it was averted. He further revealed that the vaccine has been released and would only be accessed by those who are close to Jesus. 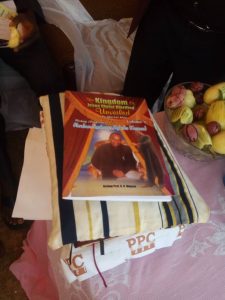 Bishop Abraham who claims to have discovered the ark of Noah through his intimacy with God, stated that he was called and trained by God through the power of the Holy Ghost to preach the highest message of the kingdom of Jesus Christ glorified, which will carry the children of God ahead in the midst of any level of falsehood and complications in the new run (nueron) age. 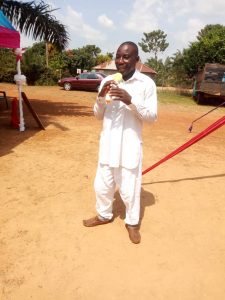 He revealed that anyone or scientist who want to know the solution to the problems of the world should meet him and he will release teachings that would be beneficial to the life of man.

He said, “I want this message to get to United Nations, and now United Nations would seek to hear what I have to say by sending Scientist of the World. And I said United Nation which is a union holding the world should pay estimate of 1 dollar per head of man on earth and that is why I gave 8 billion dollar and the Church of Jesus, if they want to come they will come on their own. And contribute for every person who believe in Jesus, let me estimate it 26 billion dollar, or any group , I’ll now release some of the teachings that will now make man get the nueron of eternal life.”

“The solution to all the problem of the world is knowledge, man has lost the neuron of the brain that is suppose to make man exactly like God. That neuron is called, eternal life. Science say neuron is the unit of life, Jesus says we will have eternal life. And I have discovered the eternal life and that is the ark of Noah.”

In his book titled the ‘Kingdom of Jesus Christ glorified unveiled to mortal man (Vol.1)’ Bishop Abraham disclosed that the book came as a result of three and half years transfiguration experience with Jesus, he revealed that Bible translation misspelt some words, thus bringing confusion to the children of God.

While reviewing the 53 pages book, Dr. Ikechukwu Onouha described the book as a new discovery to knowledge, stating that it described what happened to the world before the creation of the world, he further revealed that words such as Solar, neuron, Genesis, University are re-written in the book as Sunlar, new run, Genecis and univercity, giving the words original meaning.

Speaking with The Voice, the chairman of the event, Rev. (AMB) Joseph Nwibo noted that the book was a welcomed development in the State stated that, Prof Abraham among the few sons of the land who has written book.

Describing the book as metaphyscis he revealed that it will be understood by one with spiritual insight. He therefore advised readers to read the book in line with the Bible.

“Human authors are infallible, you read, with a sense of understanding. Whatever you read and you don’t like, you can discard it. I will like readers to read this book with the light of word of God. Whatever it will contradict the word of God let them take the word of God, because that has the final authority, God does not make mistakes but we human being make mistakes.” He said.