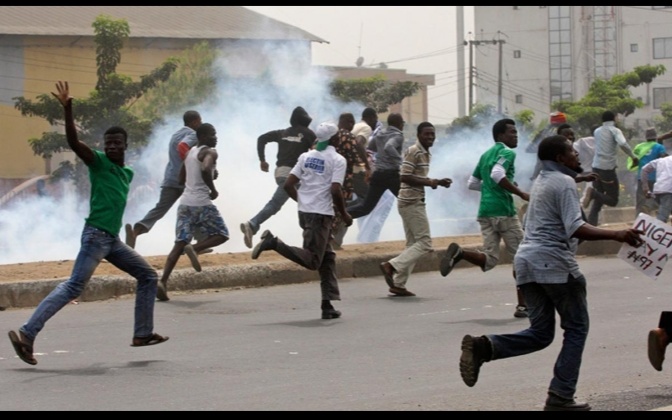 Another ethnic clash has ensued at Iyana Ejigbo area of Lagos State as the chairman of the Tricycle Owners and Operators’ Association of Nigeria (TOOAN), a subsidiary of National Union of Road Transport Workers (NURTW), Iyana Ejigbo branch, who is simply identified as Oke, was stabbed to death by an Okada rider believed to be Hausa.

The issue has degenerated into Hausa-Yoruba clash in the area as the Yorubas have started attacking the Hausas in retaliation after the victim was confirmed dead early Friday morning.

It was gathered that Okada rider, who is still at large, had taken a wrong way around 11pm on Thursday and hit the TOOAN chairman in the process.

The Chairman reportedly challenged him and warned him against taking the wrong way.

An eyewitness, who spoke to The Voice, said out of arrogance, the Hausa Okada rider went to pick his knife, came back to the victim, stabbed him and ran away.

He said the victim who was rushed to the hospital, later died.

This was confirmed by the DPO of Ejigbo Divisional Police Headquarters, CSP Akinsola Ogunwale who said he was at the scene to forestall the fracas between Hausas and Yorubas as the Yorubas have started attacking the Hausas on Friday.

The DPO said the victim died in the hospital because he lost much blood.

When contacted, the Lagos Police Public Relations Officer, SP Olumuyiwa Adejobi said he was yet to be briefed about the issue.