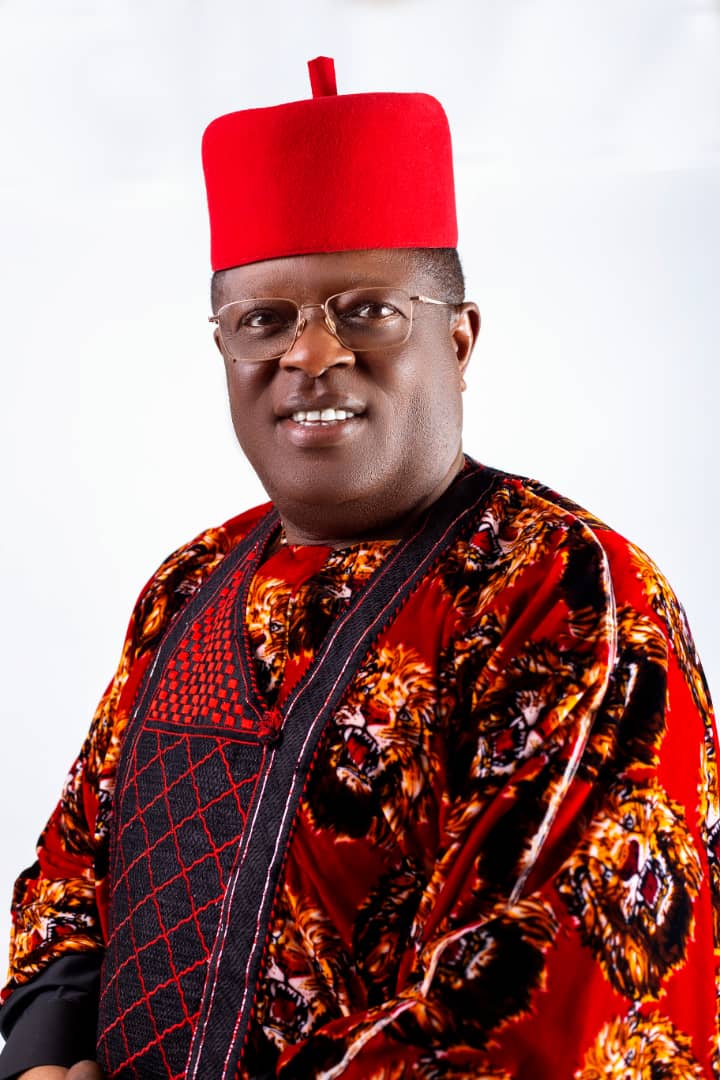 *Tasks the People on Peace

Governor David Nweze Umahi has inaugurated a nine man Commission of Enquiry into the recent crises in Ekoli and Amoso Edda.

Governor Umahi inaugurated the Commission at Ebunwana Edda during a Security meeting, Tuesday.

He regretted the disturbance in the Edda which he observed has led to loss of lives and hard earned resources.

“It was never like this before now, we have had a lot of killings all over Edda especially during elections; cultism, gunrunning, and other vices. We don’t want it to continue, we want it to stop.”

The Governor directed the reporting of anyone found in possession of firearm to forestall further breakdown of law and order anywhere in the State.

“If you show me somebody who has AK47 gun, no matter who the person is, I will lead the operation and we will arrest the person.

“The moment you conform with the laws of the land, you will have peace, God never asked anybody to kill somebody in order to be elected.

“What happened in Ekoli, I have looked beyond the problem, I have looked at tomorrow, unless something is done and done sincerely by you people, it will have devastating consequences.

“I can’t be supporting you when your hands are unclean with blood, this life is very temporal, no one has control of his or her life, everyday is by the mercies of God, we ought to be grateful to God, there are things you must leave to God.”

Engineer Umahi called on the Edda people to seek the face of God in order to sanitize the area from bloodshed.

“There is still a way out, let’s seek the face of God in sincerity. This nine man Commission, are you going to be divided alongside these people? There is no forgiveness without confession of sins, it is only when you confess in the Catholic way that confession can be effected.”

The Governor enjoined members of the nine man Commission of Enquiry headed by Senator Sonni Ogbuoji to carry out their responsibilities devoid of any sentiments.

The Commissioner of Police, Garba Aliyu admonished the people to toe the line of reconciliation to ensure timely return of peace to the area.

“We are peace officers but the law is not a respecter of anybody, so we must be careful in whatever thing we are doing, those found guilty definitely will be charged to Court”.

The Minister of State for Health, Chief Joseph Ekumankama appreciated Security Agencies for timely containment of the carnage and assured that the people would embrace peace.

On-behalf of members of the Commission of Enquiry, Senator Sonni Ogbuoji and Chief Mike Okoro assured that they would discharge their duties diligently and without fear or favour.

Among the terms of reference for the Commission of Enquiry are to bring peace between the two protagonists, forestall further gunshots in the whole of Edda and to restore peace to the entire Clan.

The two protagonists, Chief Eni Uduma Chima and Chief Stanley Emegha pledged to abide by the resolution of the Commission of Enquiry.