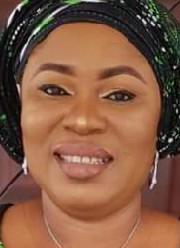 The Association of Local Government Chairmen of Nigeria (ALGON), Ebonyi State Chapter has condemned in strong terms, the allegations by the State National Assembly lawmakers led by Senator Sam Egwu that the State branch of Ebube Agu was formed to attack opposition politicians in the State.

This is sequel to statement made during the federal lawmakers press conference held in Abuja on Tuesday, stating among other allegations that Governor Umahi was after their lives, using the state branch of Ebube Agu.

Condemning the allegations, the State ALGON Chairman, Princes Nkechinyere Iyioku in a statement signed and made available to journalists on Thursday, noted that contrary to the allegation, Ebube Agu was established to complement the efforts of security agencies in tackling the rising security challenges in the state.

Iyioku who frowned at the constant attacks on Governor Umahi by the National Assembly members, said rather than, playing politics with everything, they should join hands with the State Governor, Chief David Umahi to tackle the security challenges in the State.

While pointing out that other states in the South-East have their security outfits, she noted that Ebonyi State inaugurated Ebube Agu security outfit with the aim of bringing to an end all forms of criminal activities in the state, as against the unfounded insinuation of the Lawmakers.

“Rather than commend the efforts of the state Governor in tackling security challenges in the state, they resorted to unnecessary and unsubstantiated criticism. It is most regrettable that men like National Assembly members who should know better, choose to repeatedly, wantonly and maliciously impugn the integrity of Governor David Umahi.

“This is done primarily for the purpose of self promotion. It is obvious that these lawmakers have chosen the path of serial vituperations against Ebonyi State Governor who is doing his best to positively transform the state for the benefit of all.

“They have willfully chosen to close their eyes to the present administration’s good works and intentions. For reasons best known to them, they are already made and not interested in the welfare of Ebonyi people.

“Otherwise, it will be completely senseless, irrational and out of place for these National Assembly members to be politicising the security situation in the state and plotting to plunge the state into crisis”.

She noted that Governor Umahi had remained committed to his oath of office of protecting lives and properties, alleging that in their pursuit to retain power ahead of 2023 general election, the National Assembly members had continued to sow seed of discord and crisis to make the state ungovernable.

“I know very well that it is in pursuit of their nefarious plot that our National Assembly members have continued to sow seed of discord and fanning embers of war to make the state ungovernable to achieve relevance in a manner most unbecoming of supposed elder statesmen.

“Thankfully, the vast majority of Ebonyi people who are patriotic and right-thinking can not be fooled by the antics of the National Assembly members,” she concluded